Last December, COR (also known as Cultures of Richardson), successfully ran their annual “International Day” promoting the various cultures in our school. The club has created many important ways to empower cultures within the school community but this has to be one of the biggest and most successful ways. 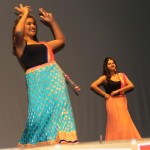 Cultures of Richardson is a club, ran once a week, that endorses ethnic awareness in the school and discusses ways to empower ourselves for who we are. This often being shown through special events occurring in the school that many could participate in and fundraising for future events. Not only talking about cultures but also about unity and equality while also putting aside out differences and showing ourselves as one.

Did you know, the “International Day” project took Cultures Of Richardson plenty of hours and days to plan?

Many audience members observed that the show reveals the amount of hard work the club puts in to bring out  awareness of cultures.  The performance included a whole stage to themselves showing the different acts, dance and singing performances that represented each culture. Like the several other themes found in international days hosted by COR, this year had a particular twist as a YouTube Vidcon theme. Vidcon is an annual California meet which showcases a wide range of online video genres.  The convention is a large organization gathering hundreds if not thousands of viewers, representatives and Youtubers. Yet with a twist: the Youtubers performing were actually found as performer representatives showcasing the various cultural talents within (also how the event wasn’t held in California ;). 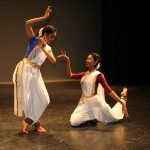 The International Day project was also a chance to feel more comfortable around our school by embracing our cultures. Much of the crew mentioned that the goal was not only to showcase talents involving cultures but also for the audience and everyone within the school to feel more contented with expressing themselves for who they are. Also, to celebrate their united fronts. 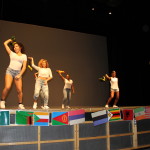 Many people admired and thoroughly enjoyed the performances. International Day was a motivation to showcase talents  and express different arts that represent each culture as its own identity. With the innovation and dedication that was put from the various performances to each specific detail, many of the audience members are already peering onward to 2017’s International Day!

Business Empowerment Initiative: A look into the world of business

Yearbook Class: Behind The Scenes