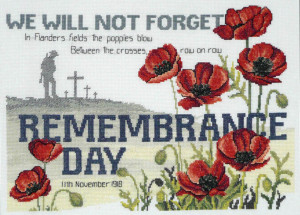 For many of us, war is an occurrence often seen through the lens of a movie, show, book or even listening to your family members’ real life experiences. However, even through such family history, photographs, uniforms, badges, medals and diaries that you would typically see online, we sometimes don’t fully understand the importance of what war was back then.

This is why Remembrance Day is recognized annually on the 11th hour of the 11th day on the 11th month.  It is a chance for not just Canadians but people all around the world to pause and give a moment of silence in memory of the thousands of women and men who sacrificed their lives for our freedom.

Remembrance Day memorializes civilians and armed military forces who have lost their lives in war conflicts and many who have survived these battles.  To remember the wars, people across Canada and even beyond wear a poppy on the left lapel showing that it is close to their heart. Poppies grow naturally in environments surrounding the land of the dead bodies of soldiers. The poppy became popular after Canadian surgeon John McCrae’s poem about Flanders Fields which is a lasting memorial to those who died in the Great War (WWI) and later conflicts.

Poppies are often symbolized as the blood of the loved ones who have died during or after the war. Poppies were first put together and sold to help provide financial support to the families that were both mentally and physically affected and those who were impoverished because of war. 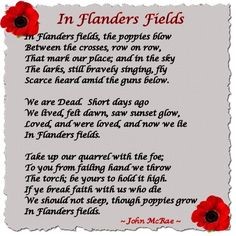 Many of us across the globe on the 11th hour, day, and month are asked to respect the armies who have fought  for their freedom. This specific time was chosen because the war was declared over at this time in 1918.

Many of us in the new generations continuously ask why Remembrance Day is important. The main  reason would be because if we don’t give our respect, the sacrifice of those who fought in  the wars would be meaningless. Many were killed in action, if not, wounded with mental and physical  pain that they had to carry throughout their lives. They died for their homelands, families, friends but  mainly for our future.  The war aided the lives of everyone in all ages, races and social classes. By remembering all veterans who have served our country, we recognize their willingness, hardships and the terror taken upon themselves so that we could live in a country with peace.

How to break a bad habit