Cyberpunk 2077: Before You Buy, And What You Need To Know

After months of delays, and years of development, the video game Cyberpunk 2077 finally released on December 10th, 2020. The first teaser came out in 2012, and another short teaser came out in 2013. At E3 2018, the developers of the game, CD Projekt Red, showcased the game, much to the delight of the fans. Now that the game has been released, here is what you need to know about Cyberpunk 2077.

Cyberpunk 2077 is a non-linear roleplaying game, played from a first-person perspective, with multiple endings determined by player choice, where you play as a character you can customize, named V. V can be customized to your liking, to be male or female, masculine or feminine voice, pitch control, hair colour & style, all the way down to genitalia type. In the game, V is thrust into an adventure where after being left for dead by fixer Dexter DeShawn, he goes on a mission to figure out how to get rockerboy Johnny Silverhand out of his head and survive beyond how many weeks he has left. Below are two images of V, one of male and one of female V, rendered by CD Projekt Red. 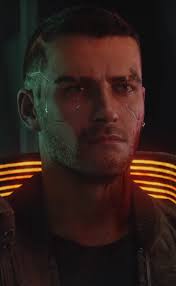 The ESRB has rated the game as Mature 17+, for “Blood and Gore, Intense Violence, Nudity, Strong Language, Strong Sexual Content, Use of Drugs and Alcohol”. Cyberpunk 2077 can be played on Windows computers, on the PlayStation 4 & Xbox One, PlayStation 5, Xbox Series X & Xbox Series S, plus Google Stadia. For Windows computers, Cyberpunk 2077 can be purchased from Epic Games, GOG, or Steam. For the PlayStation and Xbox consoles, as well as Google Stadia, the game may be purchased from their native stores. All of the mentioned platforms price Cyberpunk 2077 at $79.99 Canadian dollars. According to the game’s page on Steam, here are the minimum and recommended requirements to run the game. 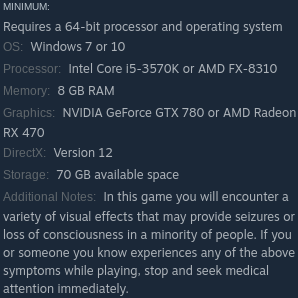 Cyberpunk 2077 has received mixed to highly positive reviews. On IGN, the video game has gotten a 9/10 score, while on review aggregator Metacritic, the video game stands at 7/10 according to users. Reviewers have praised the beauty of the scenery in the game, the story, and the combat mechanics, while also criticizing the bugs of the game, such as enemies peeking through walls, reloading the game does not restore the game’s previous state and sound mixing.
Cyberpunk 2077 includes a rich, 40+ hour long story with the main story and side quests included, a streamer mode to mute copyrighted music, 3 different classes to choose from, and many options to customize your character’s looks with. Cyberpunk 2077 does not have multiplayer as of the time of writing, however, so if you do not like single-player games, this is not the game for you.

Cyberpunk 2077 is a rich, graphically intensive, AAA grade video game, which is also a possible game of the year candidate for 2021. It still needs some polishing to fix bugs, but overall it is one of the best single-player games of 2020, if not the best. Is it worth close to $80 in Canadian dollars?? That is your decision to make.