This year’s robotics challenge, Steamworks, is based around a steampunk theme and encourages students to gain a finer appreciation for steam-powered machines. 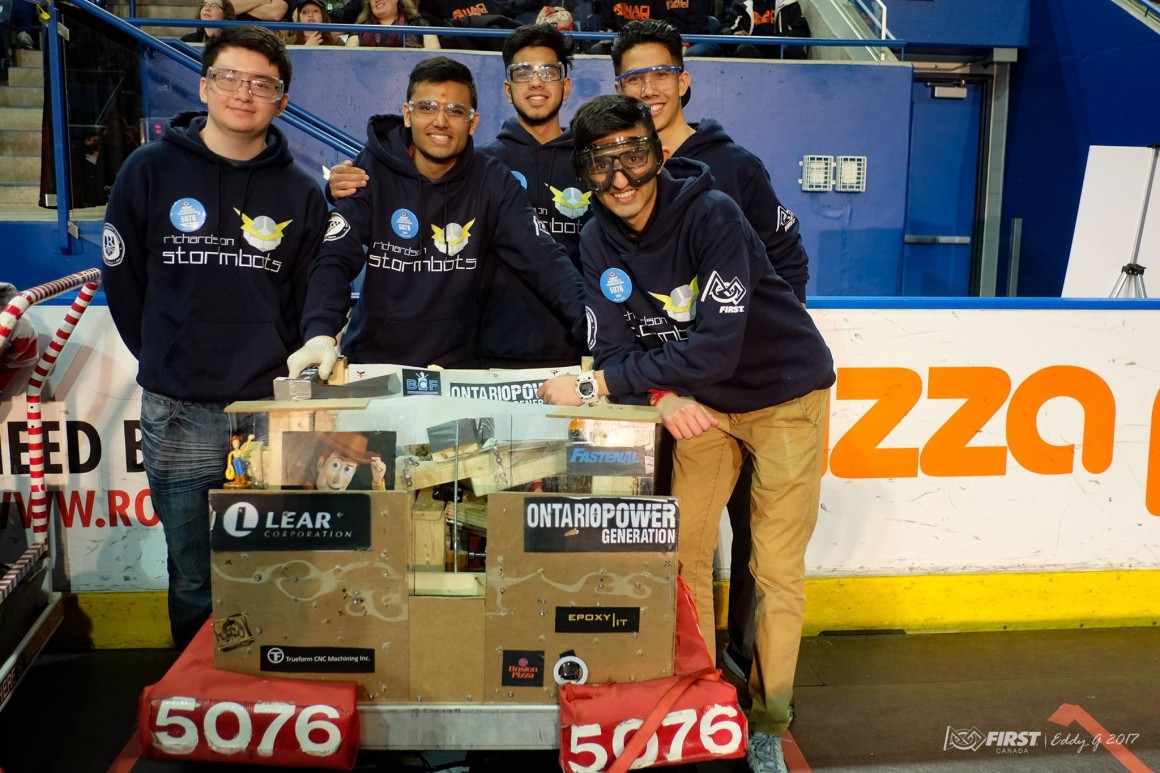 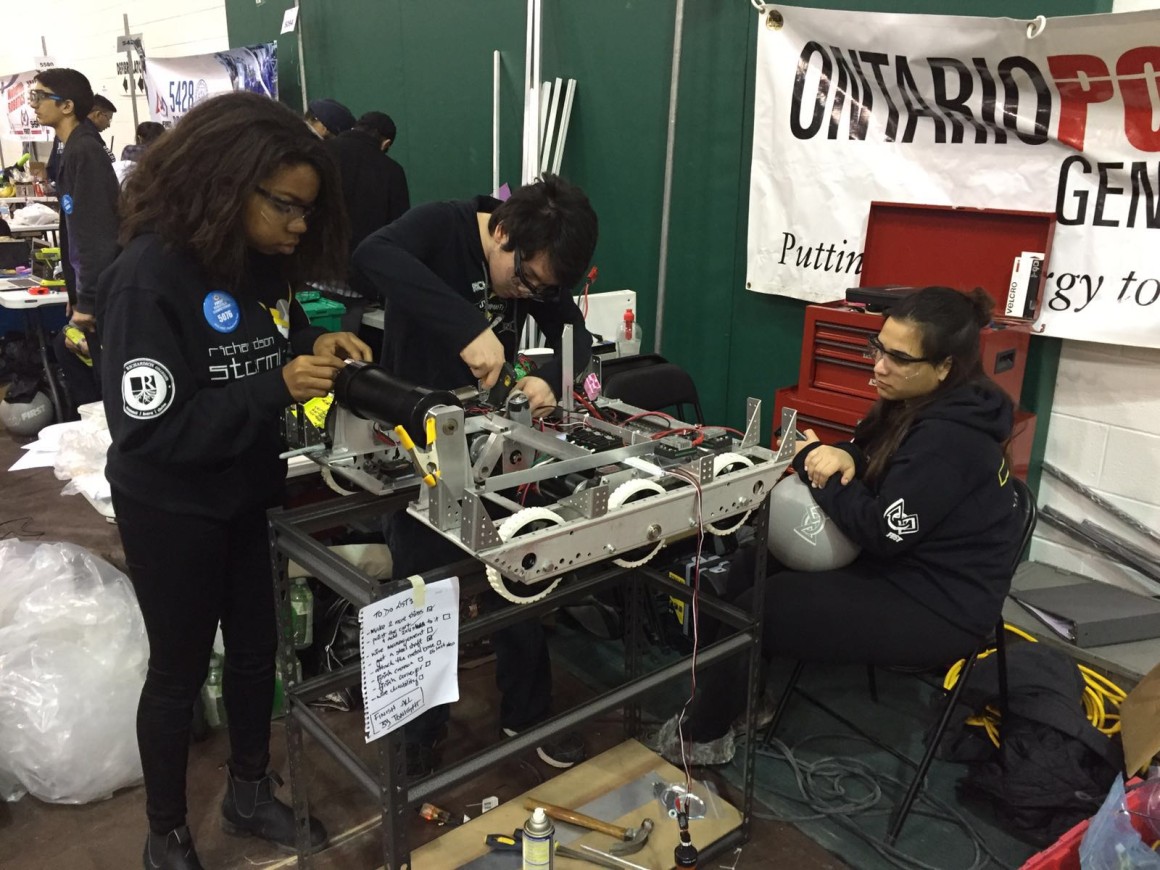 The first competition was held at Ryerson University’s Mattamy Athletic Center, where Stormbots eagerly competed with the utmost tenacity. They came face to face with challenges beyond their expectations, such as competing against some of the best robotics teams in Canada, but no challenge was strong enough to break the spirit of the relentless Stormbots.

This dedicated team was one of the only team’s with the unique vision of creating a well-functioning robot made almost entirely out of wood, aptly named Woody. Overall Stormbots ranked 23rd and finished as quarter-finalists in their first competition.

However, this wasn’t it for Stormbots. At Stormbots’ second competition – held at Victoria Park Collegiate Institute – along with finishing as finalists and ranking 2nd, Woody quickly became a fan favourite, earning the team the Creativity Award. Stormbots shined their armour in the midst of battle. For the first time in Stormbots history, they are currently ranked 12th in Ontario out of 145 other robotics teams.

This year has been one of the best years since the team’s founding. Their passion and interest in engineering a superlative working machine took them to a level only few teams could a
chieve. Stormbots is now proceeding to compete at the Ontario Provincial Championships held in Mississauga.