Billy Joel was one of the biggest acts of the 70’s, and carried his fame all the way into the early 90’s. He’s one of those artists who has a ton of songs everyone knows, but no one actually knows who he is. Some of his hits include “Uptown Girl”, “We Didn’t Start the Fire,” “Vienna”, and the storytelling ballad, “Piano Man”. In his early years, Billy Joel was struggling with his career as a musician, relying solely on hit singles. However, it wasn’t until the release of the hit album The Stranger in 1977, did Billy Joel shoot into musical stardom. The Stranger, released on September 29th, was one of the biggest musical successes in 1977, and hit platinum status in a matter of months. The album scored four major hits on the Billboard 100, and is easily one of my personal favourite albums. I highly recommend that you listen to the album, it has so many different styles of music, but somehow it all seems to flow really well.

Movin’ Out (Anthony’s Song)
Movin’ Out starts out a snappy, almost harsh song. Every instrument is very pronounced, and emphasised, most noticeably with the drums. When the chorus hits, the song starts dragging out and building up, eventually to fall back into that rhythmic snap heard at the beginning, this time accompanied by melodic horns. This really captures the overall mood of the song. According to Billy Joel, Movin’ Out is representative of the pride lower class New York workers take in their long working hours. While that may seem like a very odd concept, the song truly does capture the atmosphere very well.

The Stranger
The Stranger starts out with a slow, beautifully melodic one minute instrumental piece, whistled by Billy Joel. However, the song then abruptly turns into a groovy, toe-tapping theme that flows incredibly well into a delicate chorus. Finally, the song ends by fading in on that whistled melody heard in the beginning of the song, adding an almost eerie feeling to the song. Personally, I don’t have many strong feelings about this song, as it feels a bit underwhelming, especially as the album title track.

Just the Way You Are
Just the Way You Are is one of the most popular songs written by Billy Joel. A very calm, soothing song, that doesn’t at all feel like it’s dragging. It’s filled with ambience, and soft guitar, setting the perfect atmosphere for Billy Joel’s passionate, yet serene vocals. Combined with beautifully written lyrics, this song was destined for greatness.

Scenes from an Italian Restaurant
Scenes from an Italian Restaurant is an entire musical theatre piece packed into a seven and a half minute song. It makes use of many different instruments, and very frequently changes style and beat, from jazz, to latin, to pop, and everything in between. According to Billy Joel, the song is about those who peaked in life too early, and those who never made it anywhere at all in life. Words alone can’t do this song justice, so I highly recommend that if you listen to any song on The Stranger, it’s this one.

Vienna
Vienna is a song that truly shows Billy Joel’s ability to convey a story through music. The song depicts a young person rushing through their life, and not taking the time to enjoy life for what it is. They have their dreams, and they’re in such a rush to make them all come true, not realizing that they have time, and thus missing out on so many things in life. The song itself is a very soft, calming song, that makes use of an accordion in order to build up to a more intense ending chorus, only to fall back into the slow, soothing piano heard in the intro.

Only the Good Die Young
Only the Good Die Young is my personal favourite song on The Stranger, it’s a very lively and joyful song. It starts off with a fast, declaring piano melody, then fills into a fun, upbeat tune, carried by a guitar. The feeling is carried all the way from the verse, past the chorus and into the bridge, where Billy Joel chooses to add a lively saxophone solo. This then transitions to that same upbeat chorus, until eventually fading out into silence. Now, while the song itself is very fun and enjoyable to listen to, many radio stations actually banned the song due to the lyrics. Many believed that the song was anti-Catholic. Billy Joel stated however, that the song is simply about his high school sweetheart. Whatever you choose to believe, it doesn’t change the fact that the song is an incredibly fun and entertaining listen. 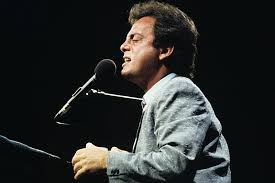 She’s Always a Woman
She’s Always a Woman is a slow, melodic song, carried predominantly by the piano. It greatly contrasts with the previous track, and is more focused on Billy Joel’s vocals and piano playing. The song very frequently builds and falls in volume, and is very fluid. There is no clear verse or chorus, the whole song flows it’s way to the end. It’s a very beautiful, soft song, which fits very well in The Stranger.

Get it Right the First Time
Transitioning from the slow piano tune, “She’s Always a Woman”, Get it Right the First Time is another fun upbeat tune. This time, more emphasis is put on the groove of the song, and doesn’t have the care-free feeling of “Only the Good Die Young”. The song has a pushy feeling to it, fits very well with the beat of the song.

Everybody Has a Dream
Everybody has a Dream is a dragged out, soulful song, that honestly feels fairly out of place on The Stranger. This song puts a lot of emphasis on Billy Joel’s vocals, as well as the gang of backing vocals heard in the verse. According to Billy Joel, the big thing with Everybody Has a Dream is that the last two minutes of the song consists of the instrumental intro heard in the beginning of “The Stranger” 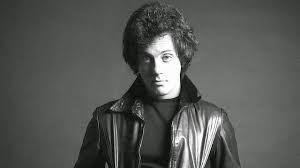 In my opinion, The Stranger is Billy Joel’s best musical production. It consists of so many different styles of music, from fun and upbeat, to slow, melodic tunes, and even some jazz-inspired melodies. Overall I’d give the album a 9/10, taking a point off purely due to the fact that “Everybody Has a Dream” feels out of place on this album. Other than that, it is an amazing album, and I highly recommend that you give it a listen.